Get on your motorcycle and whizz at top speed through traffic 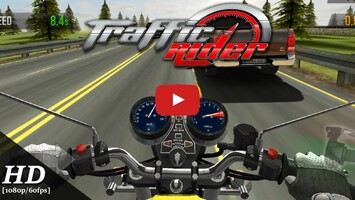 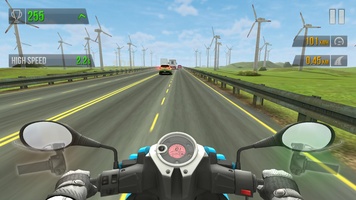 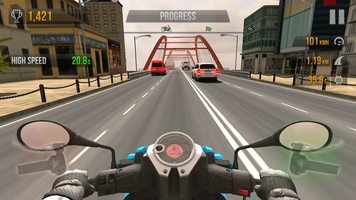 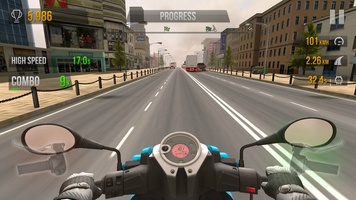 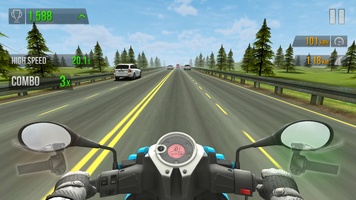 Advertisement
Traffic Rider is a first-person driving game where you get behind the handlebars of a motorcycle and drive at full speed through traffic. The tracks are always straight highways, so while you pass other cars, you don't ever have to worry about sharp turns ahead.

The style of play is virtually identical to Traffic Racer, from the same developers. You accelerate by pressing the right handlebar and stop by pressing the left one. To tilt the bike from side to side, just tilt your device, an intuitive motion that is also very well implemented. As usual, when you pass another car, cut it as close as possible for more points (or to play longer, depending on the game mode).

In Traffic Rider there are 20 different motorcycles to choose from. At first you can only use a low-power bike, but you'll soon unlock larger and more powerful ones. The best part is that you can race them through many different places at different times of day: early morning, noon, night...

Traffic Rider is a spectacular racing game in every way: it has several game modes, dozens of racing events, outstanding visuals, and, most importantly, a gameplay that's perfectly adapted to touchscreens. One of the best motorcycle games on Android by far.
Reviewed by Andrés López Dr. Driving
Drive carefully around the city
3D police car parking
Park police cars without leaving a scratch on them
Beach Buggy Racing
Crazy racing in the style of Mario Kart
Extreme Car Driving Simulator
Take your car to the limit in a realistic environment
4x4 Extreme Jeep Driving 3D
With this 4x4 not even the gunboat will outdo you
Bus Simulator 2015
Drive a bus online
Fast Police Car Driving 3D
Ever imagined driving a police car?
Truck Speed Driving 3D
Get your truck's shipment to its destination quickly and carefully

Bus Simulator : Ultimate
Run a bus company and plan routes around the world
Dr. Driving
Drive carefully around the city
Extreme Car Driving Simulator
Take your car to the limit in a realistic environment
Angry Birds Go!
Angry Birds characters star in a racing game
Real Racing 3
The most realistic simulation on an Android terminal

Ultimate Monster Truck
Complete each race with these enormous cars